The Undermining of Prop 13: Q&A with Rex Hime of California Business Properties Association On the Split Roll Initiative

I recently interviewed Rex Hime on the split roll tax ballot initiative and the negative impacts on California commercial, industrial, retail and office properties, if approved by voters in November 2020. 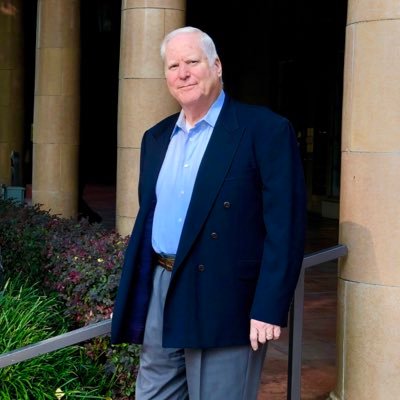 Rex Hime is the President and Chief Executive Officer of California Business Properties Association (CBPA).  Since 1972, CBPA has served as the legislative and regulatory advocate and prominent voice for the commercial, industrial and retail real estate industry by representing and protecting their interests in Sacramento and Washington, D.C.

What is the mission of the CBPA?

CBPA is an organization that was founded to protect and promote the interests of the commercial, retail, industrial and the office real estate industry in California in the regulatory arena.

Proposition 13 is a ballot initiative that was approved by California voters in 1978, and changed dramatically the process on how property taxes are assessed in California. Proposition 13 amended the California Constitution to apply a system of taxation treating all properties in the same way. And what it did was, when you purchase a property, that’s your base year.

The property is then taxed at 1% of that value, which could be increased by only 2% every tax year thereafter.  If there was a change of ownership of the property or if you made significant changes to it, then it results in a new base year being established.  But you had an issue of certainty, and you knew exactly what you’d be paying in the way of property taxes.

This came about as prior to the passage of Proposition 13 tax assessors were doing what is known as “drive by assessments.”  If a house in a neighborhood sold for $250,000 and it originally cost $50,000, suddenly all of the homeowners in the neighborhood were getting a bill for the increased tax value of $200,000.

And there were actually older Californians losing their homes.  And so this was a measure put on the ballot by Howard Jarvis.  It passed overwhelmingly by the voters of California and it has been in place now for over 40 years.

What effect will the proposed split roll tax increase initiative have on Proposition 13?

The effect of this split roll initiative will dramatically change Proposition 13.  Proposition 13, as I said, applies a system of taxation treating all properties in the same way.  What the split roll tax will do is to say, “We are going to tax commercial property differently than we tax residential property for the first time.”

Basically, this is how it will happen: all commercial, industrial, retail and office properties in California will be assessed at a 2022 value.  That (2022) will be their base year no matter when the properties were bought, and no matter what has been done in the meantime, whatever.  2022 will be their base year, and then they will be reassessed again within every 3 years thereafter.

So you’ll no longer have any certainty.  And if you chose to buy a piece of commercial property and do not make any changes, it doesn’t make any difference. Property values might be going up in the world around you.  Therefore, you’re going to be paying higher and higher property taxes.

Why is the opposition to the split roll tax increase initiative one of CBPA’s top priorities? 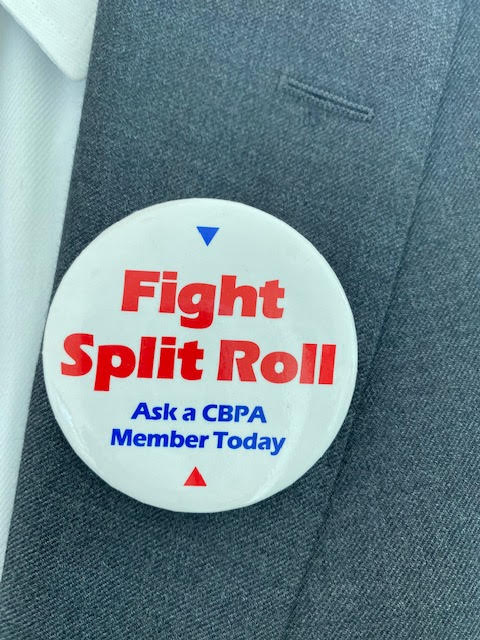 [Laughs]  This is obviously a top CBPA priority. The impact of this proposed tax system will result in the loss of thousands of jobs in California, as many as 150,000 jobs. The California Legislative Analysts Office is predicting the folks that are going to be hit first and foremost are small property owners. They’re going to be wiped out.

The issue of certainty is something that’s very, very important to those of us in commercial real estate. It’s the value that gets added to our property, and to lose that value is going to have an impact.  The ripple effect will not be felt just through California, but also through the pension funds that invest in California commercial real estate.  Therefore, it’s very, very important this measure get defeated.

How will the passage of the split roll initiative tax increase by California voters impact small and mom and pop businesses?

If this measure is not defeated in November 2020, you will have a lot of folks – smaller property owners – not able to afford their new property taxes.  So they’ll be going into default.  It will also be more difficult to obtain loans and financing.  Before, when the banks lent and did underwriting, you had certainty regarding property taxes and the ability to look further out.

Under this system, tax changes are going to affect an owner’s ability to obtain loans from banks and lenders. There’s a financial side of that as well.  Landlords with tenants that may or may not survive the increase in their rents — that will have an effect.  I mean the ripple effect just goes on and on and on. It’s not like throwing a rock into a pond. It’s like throwing a boulder into a pond.  That’s the start.  We’re not just going to see ripples, we’re going to see water scattered afar.

When you talk about the mom and pops, in their measure they claim to want to take care of the mom and pops businesses by saying, “When you have a property valued at $3 million dollars or less you won’t be impacted.”

But let’s say you own two parcels or two buildings in California:  one worth $1.4 million and the other worth $1.9 million.  Now you’re at $3.3 million, so guess what?  Now they’re both going to be re-assessed because it’s ALL of the property that you own in California, not just each individual parcel. 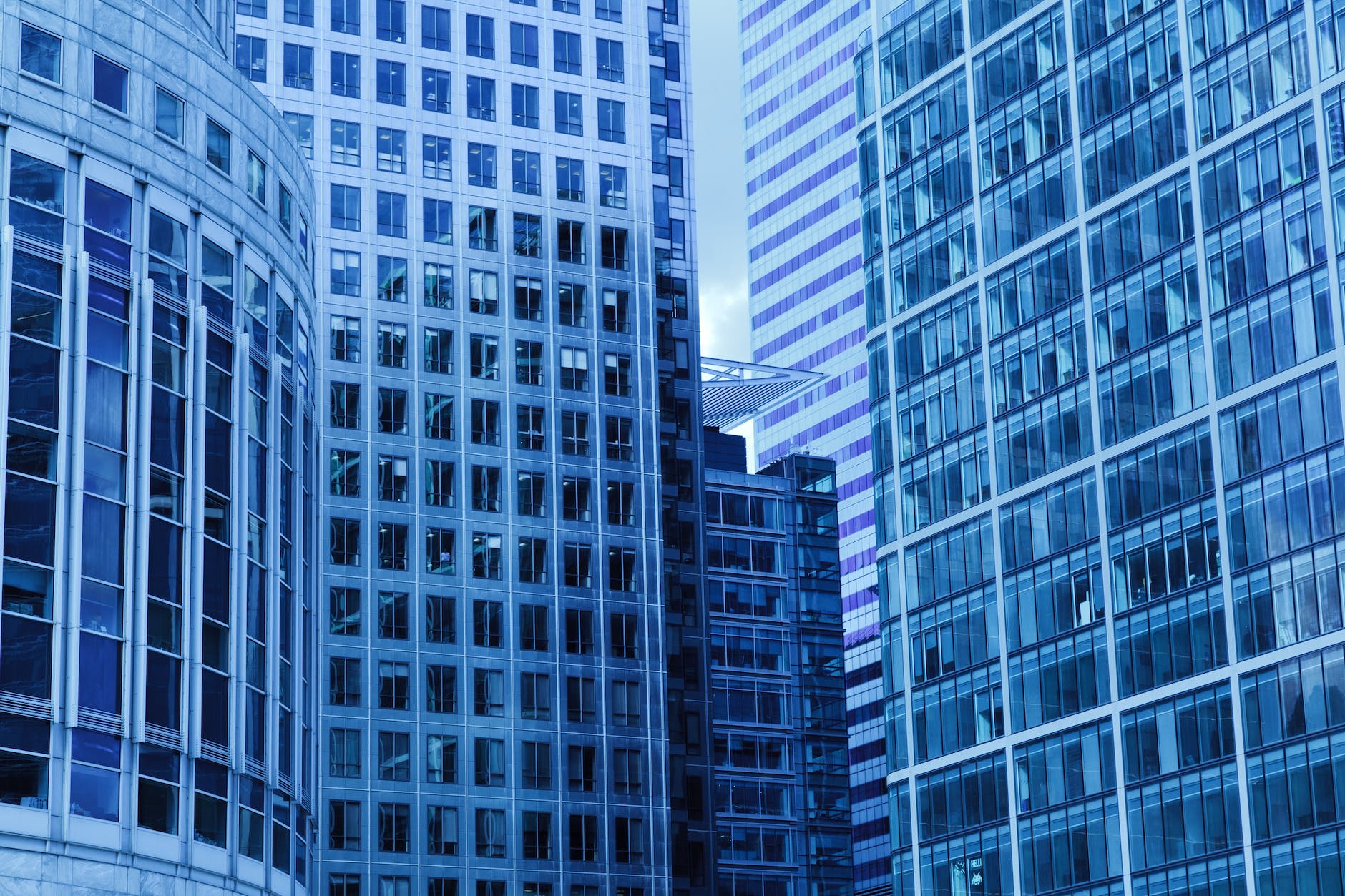 Since the split roll initiative provides it will increase taxes on commercial, industrial and office properties only, is there any concern that residential properties will lose the protection of Proposition 13?

The people who are proposing the split roll tax measure are longtime and well established proponents of ending Proposition 13 in California for everybody. And they recognize that this is a first step to doing just that because if they can get rid of the commercial guys, they’re going after homeowners next. And they’ll probably do it using a ratchet system in rapid succession.

First, go after homes over a certain amount, or they could go after apartments first. There’s any number of things they could do to make it much easier to undo the protections of the homeowners in California, and that is their goal. They want to dismantle Proposition 13.

If passed, how will the estimated $12 billion annual increase in property taxes — the largest tax increase in California history — be spent?

Forty percent of it goes to schools and 60% goes to local governments.  That’s about as specific as it gets. When you say 40% goes to schools and 60% goes to local government, guess where that’s going? That’s going to fund pensions.  That’s not going to other programs that are necessary. SEIU California, the California union lobby, is not supporting this measure because they have great people who believe in making the local governments work better for the people who live here. They’re doing this because they want to protect their employees and their salaries, and fund their pensions.

So there is no guarantee this money that goes to schools, for instance, is going to anywhere other than to fund salaries, pensions and administration costs. Where is there anything saying how are we going to see better students produced from all of these efforts?  For the billions of dollars, are there going to be better graduation rates? Are students going to know English better? Will they have better math skills? Will they be better qualified to go to college or trade school?  You don’t know any of that. There are no requirements whatsoever.  It’s just a free-for-all.

What is CBPA doing to oppose the split roll initiative tax increase?

What we’re doing is traveling around the state right now and we have been meeting with groups and organization, including commercial real estate and business organizations, making sure they are aware of this issue and are prepared to deal with it.  In an effort to raise money, we’ve done five statewide surveys and more than a dozen focus groups. So we can tell you exactly what the voters of California are thinking.

One of the most important things we’ve learned is that people like Proposition 13.  There is about a 53% approval rate for Proposition 13. When we explained exactly what Proposition 13 does, that approval jumped to 70%.  So based upon that we did an educational campaign entitled “Protect Prop 13.”

We’ve sent over 2 million pieces of mail to Democrat homeowners statewide to say, “Hey, you’re at risk. This is what’s going on. We want you to protect Prop 13.”  We’ve received about 200,000 petitions signed and sent back saying, “Yes, I want to protect Prop 13.” Again, those are from Democrats in a Democrat-led state.  So that’s very positive.

We’re now moving into the second phase, our political campaign — raising money to defeat the measure in November 2020.  So we plan on spending about $80 million, and that’s spending $7 million to $8 million per week on TV and radio. This is because for the first time, in November 2020 anybody can walk up on Election Day and vote.

You don’t really know who’s going to be voting for sure.  So it changed the dynamics and now we have to make sure everybody gets saturated with our message.  That’s what we’re doing right now.

CBPA is a leader in that effort and we’ve been reaching out and providing leadership to our affiliated national organizations:

How can opponents to the split roll initiative tax increase become more involved in the opposition and assist CBPA in the efforts to defeat the initiative?

I’d say the most important thing right now is twofold:

I appreciate Rex Hime taking the time to share his candid and knowledgeable insights regarding the negative implications of the split roll tax initiative. Rex Hime and CBPA are battling everyday to represent and protect the interests of the commercial, industrial and retail real estate industry in California.

If I can assist you with leasing or other commercial real estate transactional matters, please contact me.